Preorder now to get your Early Adopters Bonus* at game release: the Twilight Pack. 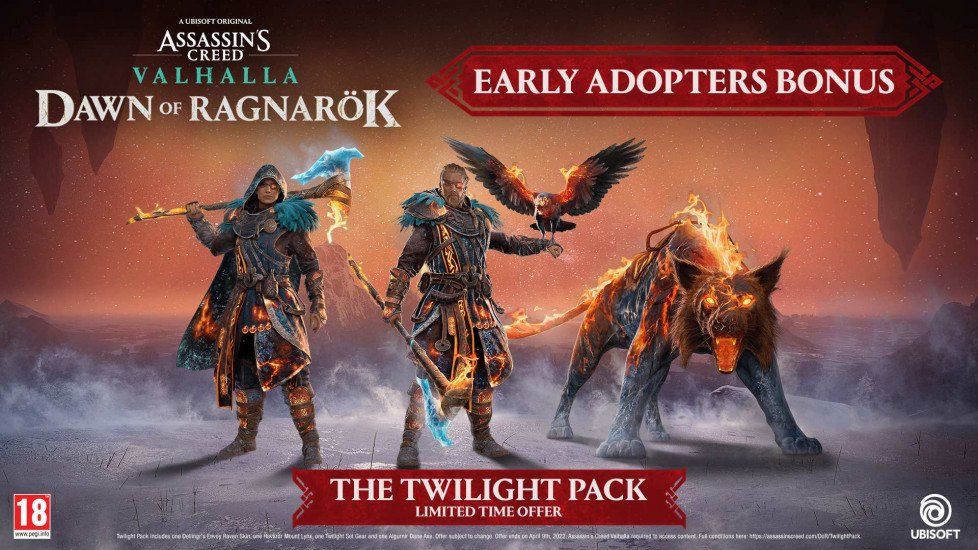 In Assassin’s Creed® Valhalla, you are Eivor, a fierce Viking warrior raised on tales of battle and glory. Explore a mysterious and beautiful open world set against the brutal backdrop of England’s Dark Ages. Raid your enemies, grow your settlement, and build your political power in the quest to earn a place among the gods in Valhalla.

In addition to the main game, this Ragnarök Edition contains Assassin’s Creed Valhalla: Dawn of Ragnarök, the most ambitious expansion in Assassin’s Creed history. Embrace Eivor’s destiny as Odin as you journey into a breathtaking realm of Norse Myth.