TRAIN, FIGHT & WIN LIKE A LEGEND
Do you have what it takes to be a Champion? Step into the ring in Big Rumble Boxing: Creed
Champions to show off your boxing skills in a knockout arcade experience. Don the boxing
gloves of legends like Adonis Creed and Rocky Balboa, or fight as one of 18 other iconic
characters from the Creed and Rocky universe. Challenge your friends and family in local
multiplayer mode, where you can flex your hard-hitting boxing moves in intense, head-to-head
matches. Or, practice your boxing moves in classic Creed and Rocky training montages and
take on world-class opponents across a variety of thrilling locations, as you follow each
character’s unique story.

Developed by the team who brought you Creed: Rise to Glory for VR platforms, Big Rumble
Boxing: Creed Champions, the second collaboration between Survios and MGM Studios, brings
the gripping intensity of Creed boxing to consoles and PC for the first time.
KEY DATA:
Developer
Survios
Genre
Sports, Fighting, Arcade
# of Players
1-2

KEY FEATURES:
Pound-for-Pound Boxing For All
Pick-up-and-play controls meet robust boxing mechanics to empower players to fight opponents in arcade-style settings with moves that are easy to pick up but tough to master. Win each match while playing your way through the legendary tales of 20 distinct characters.
Ultimate Creed and Rocky Boxing Universe
Fight as Adonis Creed, Rocky Balboa, and a massive roster of legends from the Creed and Rocky universe, including Apollo Creed, Ivan & Viktor Drago, and Clubber Lang. Live out classic Creed and Rocky training moments in thematic mini games.

Pulse-rousing Fun with Friends and Family
Choose your character and get ready to duke it out in high-stakes matches against friends and family in local player-versus-player mode. 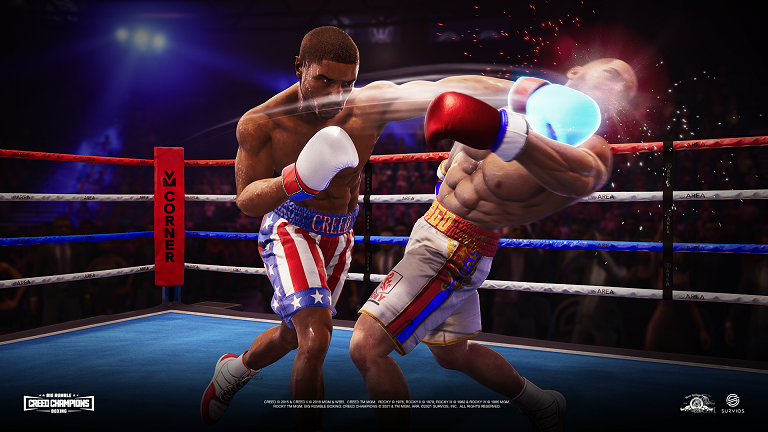 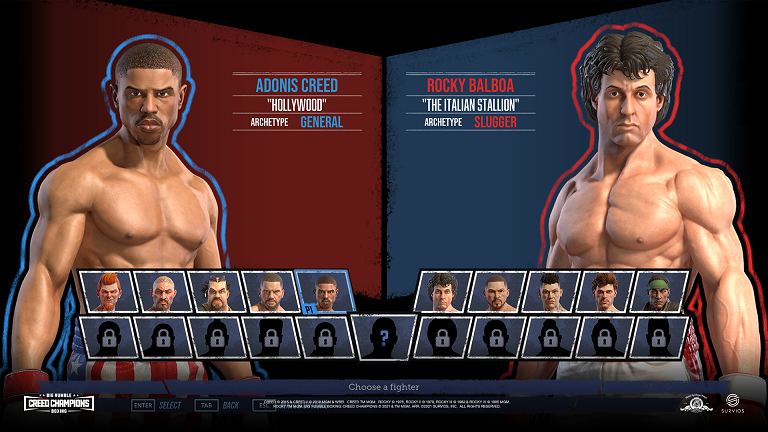 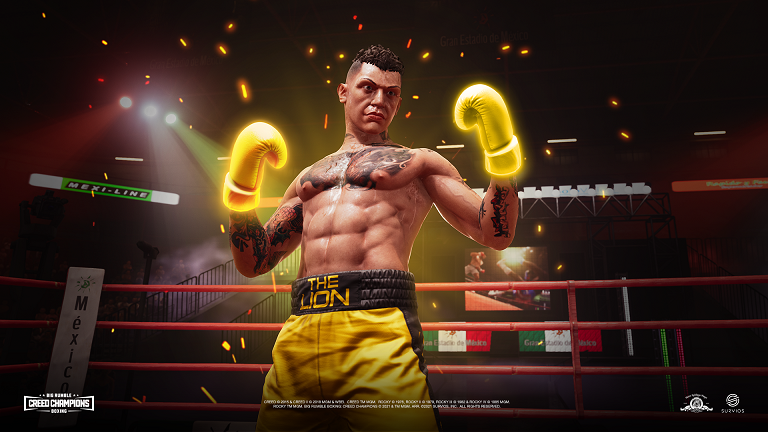 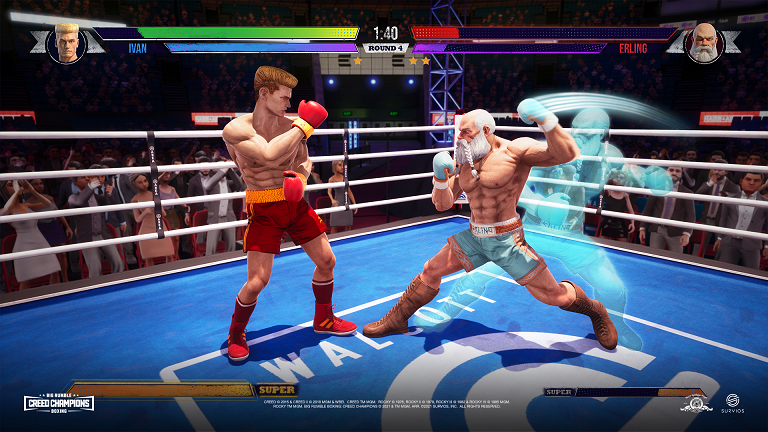