Skip to navigation Skip to content
Xbox One, Xbox One Games 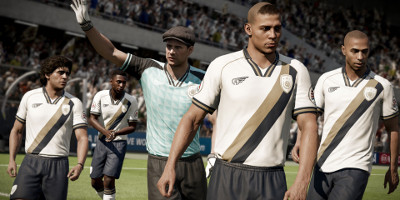 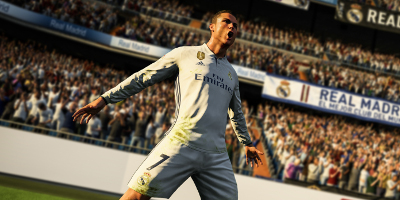 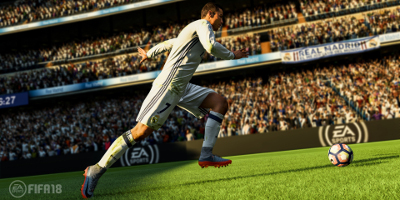 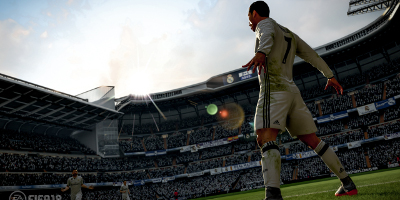 Powered by Frostbite, EA SPORTS FIFA 18 blurs the line between the virtual and real worlds, bringing to life the players, teams, and atmospheres that immerse you in the emotion of The World’s Game. The biggest step in gameplay innovation in franchise history, FIFA 18 introduces Real Player Motion Technology, an all-new animation system which unlocks a new level of responsiveness, and player personality – now Cristiano Ronaldo and other top players feel and move exactly like they do on the real pitch.

Player Control combined with new Team Styles and Positioning give you the tools to deliver Dramatic Moments that ignite Immersive Atmospheres around the world. The World’s Game also takes you on a global journey as Alex Hunter Returns along with a star-studded cast of characters, including Cristiano Ronaldo and other European football stars.

If you remember The Journey from FIFA 17 you’ll be excited to hear it’s coming back for FIFA 18! Played almost 14 million times across the world, the immersive story mode gameplay powered by Frostbite, sees us going back into the mind of Alex Hunter, finding out what it’s like to be on his journey from footy fan to Premier League legend.

The new game begins towards the end of the transfer window, with rumours flying around about Hunter allegedly moving to one of the bigger European or American teams, such as LA Galaxy, PSG, Bayern Munich or Atlético Madrid. The decisions you make will continue to influence the game, in the short and long term, meaning your entire gameplay could be completely different to your friends – all because you answered the first question differently.
Alex will have to make important decisions relating to his career and family, all of which you will choose for him. Not only will you be making important life decisions, but you also get to decide on how he looks, unlocking hairstyles, tattoos and clothing as you gain new achievements – you can even decide which is his dominant foot. Each chapter offers new short-term objectives to complete as Alex makes his way through the second season of this high-paced football career. Tour the footballing world taking in the sights of Los Angeles, Brazil and many more cities and stadiums, all in incredible 4K 1080p HDR.

A new feature allows you to make transfers in career mode, so you can sit down with managers and discuss how to recruit other players to your team with interactive negotiations. New player mapping technology gives each player their own identity, with updated dribbling tech that allows your team to turn on a dime, adding more creativity to the one-on-one battles we love. These new and innovative graphics provide players with the ability to go from gently tapping the ball to a full-blown sprint in the blink of an eye. All of which provides the player with the most realistic, responsive and fluid gameplay FIFA has created to date!