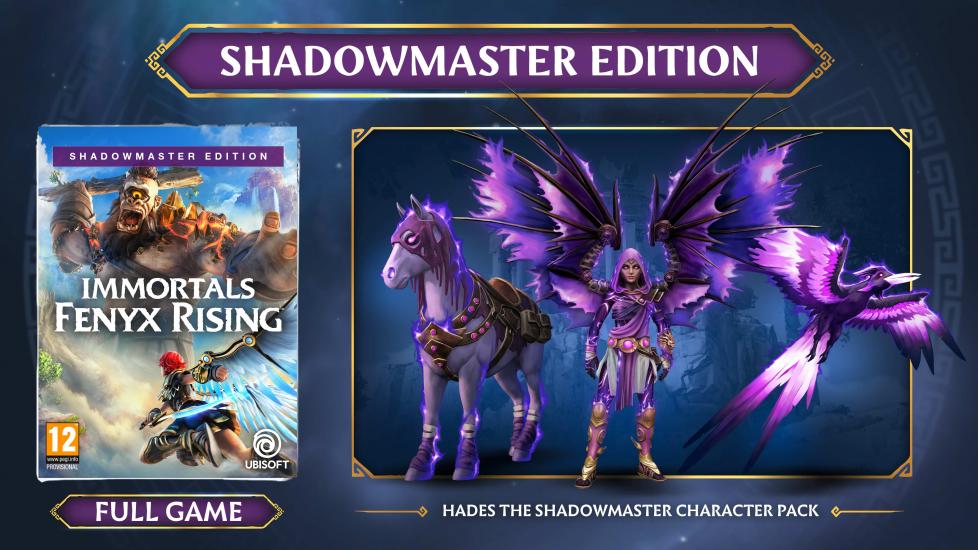 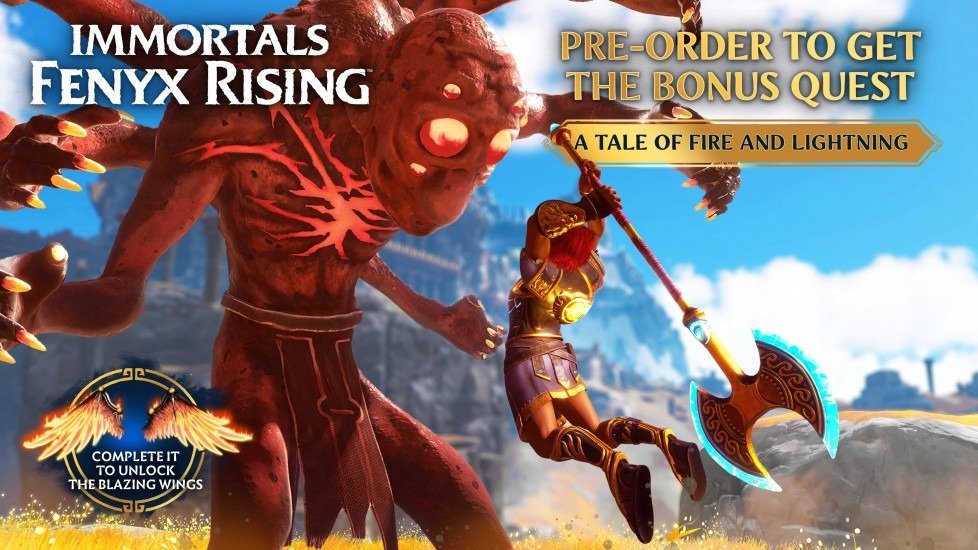 The Shadowmaster Edition of the game includes:
THE GAME
Copy of the Immortals Fenyx Rising™ game.
DIGITAL CONTENT*
The Hades the Shadowmaster Character Pack. Master the power of shadows and secrets!
Includes: