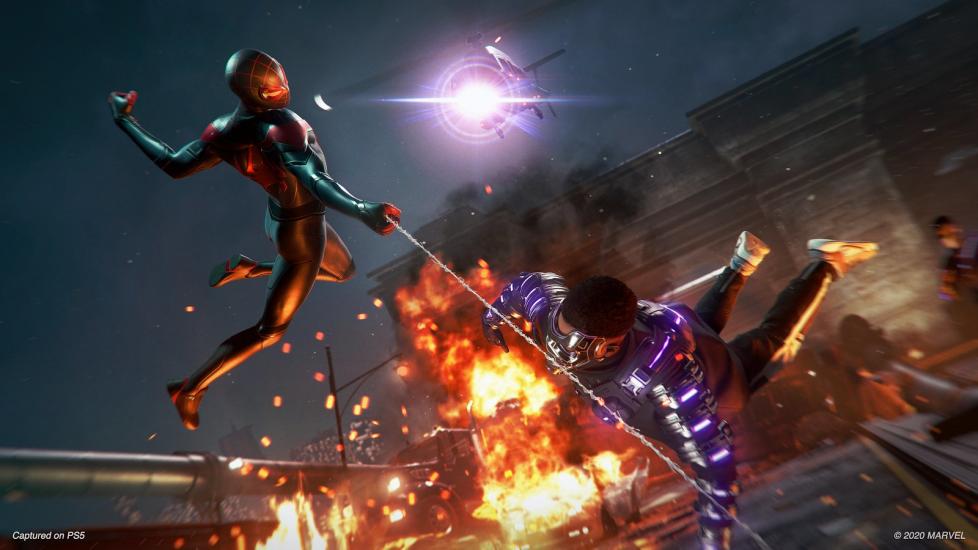 The demo opens with Miles and his best friend, Ganke Lee, walking through their East Harlem neighborhood to an election rally for Miles’s mother, Rio Morales. Here you’ll see some of the characters you’ll get to know during the game and a glimpse at the culture of the neighborhood. We hope you love the beautiful visuals of a wintertime Marvel’s New York, our neon-noir aesthetic for the game, and gorgeous ray-traced* reflections.

Miles is searching for a sense of belonging in his vibrant new neighborhood, but a war has broken out between a devious energy corporation, Roxxon, and a high-tech criminal army, the Underground. In the gameplay sequence you saw captured from PlayStation 5 hardware, the Underground interrupts the election rally.

Meanwhile the Underground also attacks a Roxxon convoy on the Braithwaite Bridge in an attempt to steal NuForm energy canisters. NuForm is a highly violate energy source that Roxxon promises can power the entire city cleanly. Here we meet the leader of the Underground, the brilliant Tinkerer. Marvel fans will surely recognize the name of this villain from the comics, but we’re very excited to introduce you to our take on this classic Spider-Man villain.

Miles races to the bridge, and, using his explosive, new bio-electric venom and camouflage abilities, attempts to stop the Underground while protecting the citizens of Marvel’s New York City. But as Miles endeavors to rise to the challenge of becoming his own Spider-Man, he finds it’s not as easy as just having impressive new powers. 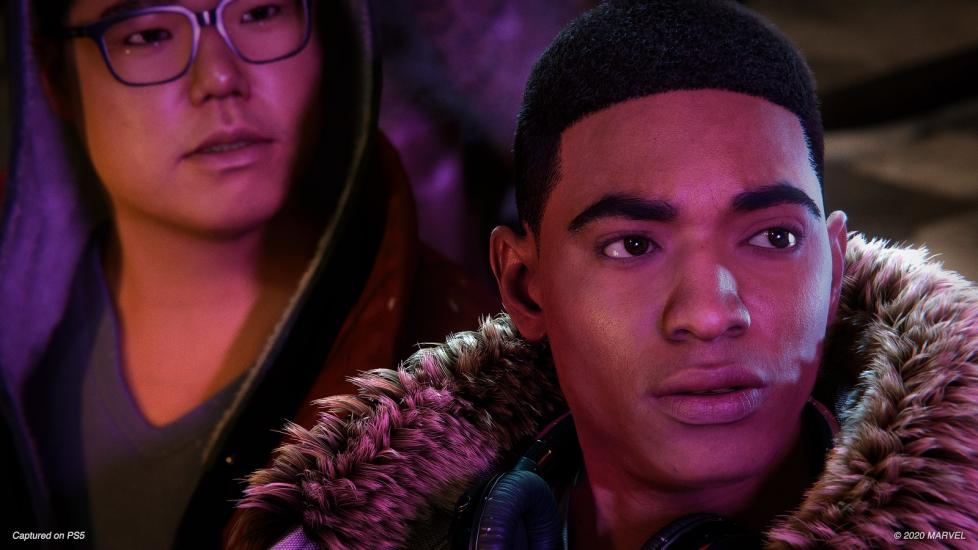 Beyond the thrilling gameplay, the gameplay video also shows off some of the amazing visuals that are available for the game on PS5. We are taking advantage of the next-generation in many more ways as well for the PS5.  From the silky smooth targeted 60fps frame rate Performance Mode, to feeling the bio-electric venom energy course through your fingertips via the haptic feedback of the DualSense controller, to hearing Marvel’s New York surround you in lush 3D audio*, Marvel’s Spider-Man: Miles Morales will be a showpiece for the PlayStation 5.

We’re also excited today to reveal that Marvel’s Spider-Man: Miles Morales will be arriving on both PS5 and PS4.

Yes, that’s right, we know that some of you may transition to PS5 at different times, which it was why it was important to us to release the latest title in the Marvel’s Spider-Man universe on both consoles.

The standard edition will be available digitally on the PlayStation Store or physically at your local retailer for $49.99.

Marvel’s Spider-Man: Miles Morales also supports a next-gen upgrade path, so even if you aren’t ready to upgrade to PS5 just yet, there’s nothing stopping you from buying the PS4 version and enjoying the game alongside everyone else at launch. While it doesn’t have the enhancements made possible by the console in the PS5 version, the game still looks beautiful on PS4 and PS4 Pro, and you can rest easy that when you do make the jump to PS5, the game comes with you. 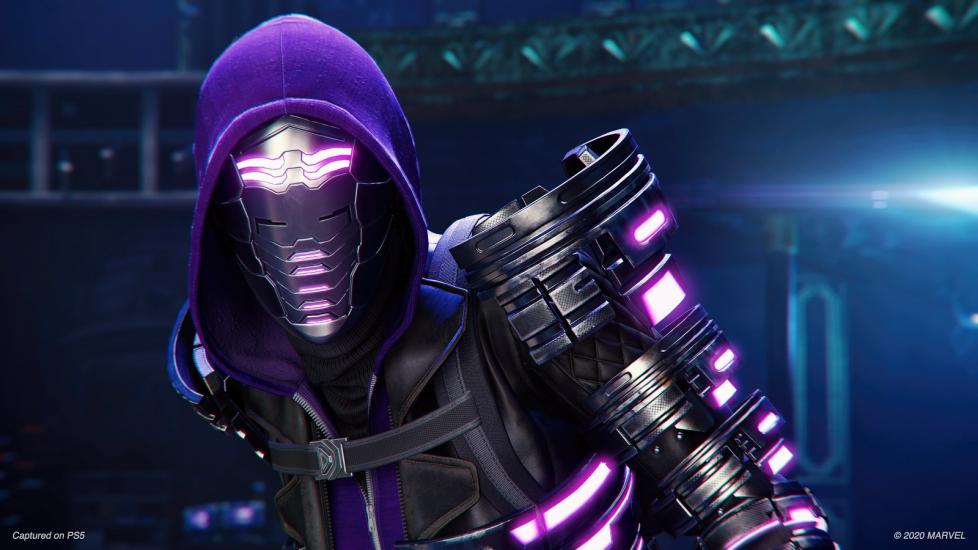 But that’s not all; we have one more surprise for you today. On PS5, we are announcing an Ultimate Edition that includes a voucher code** for Marvel’s Spider-Man: Remastered. You’ll be able to experience the complete storyline up to this point, which includes the remaster of the original game and all three installments of the Marvel’s Spider-Man: The City That Never Sleeps DLC so you can play the full narrative arc.

The remaster for the PS5 is no simple up-res, as many of the game’s art assets have been completely updated to take advantage of the PS5 console’s horsepower. You’ll see better-looking characters with improved skin, eyes, hair, and facial animation (including our new, next-generation Peter Parker). You’ll also see ray-traced reflections and ambient shadows, improved lighting, more pedestrians and vehicles stretching further into the distance, and the same optional performance mode offered on Marvel’s Spider-Man: Miles Morales, allowing you to finally play the game at a targeted 60fps frame rate. We’ll be supporting near-instant loading, 3D audio, and the DualSense controller’s haptic feedback. Lastly we’re adding three amazing new Spider-Man suits, new photo mode features, and even new trophies for those of you looking to Platinum the game all over again.